Just when we were about to witness a sweet love story between Akothee and her former manager, Nelly Oaks, things have already gone south real quick. Akothee has expressed her disappointment after she alleged that Nelly deleted all her photos from his Instagram page; suggesting that he no longer wants her. Akothee and Nelly Oaks-Google 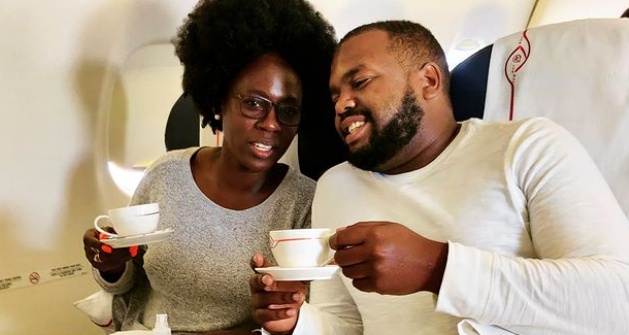 Akothee has recently been publicly confessing her love for Nelly Oaks, claiming that she doesn’t mind if he doesn’t love him back the same way. ”The only person I want to be with right now , and the only man I wish to be next to my labor ward , @nellyoaks you all don’t know what we know , this guy has been there, when I almost lost it both physically, spiritually and emotionally.” The two lighted up social media with cosy photos which they took during Nelly Oaks surprise birthday getaway; which Akothee gladly gifted him as they spent quality time together. Akothee has now taken to her Instagram to tell him off for deleting her photos; ”Mmmm son of pharaoh just deleted my photos from his Instagram @nellyoaks  Haki mapenzi wewe ” It’s not yet clear why he decided to delete Akothee’s photos; but it’s definitely something personal.

Akothee Disappointed After Nelly Oaks Deletes Her Photos From His Instagram