Corporal Caroline Kangogo has spoken out from her hideout, reached out to the multi-agency task force tracking her down, and listed one condition for her arrest.  This was after the Law Society of Kenya (LSK) hired veteran lawyer John Khaminwa to bargain a deal with the police, represent her in court, and have her released on bond. 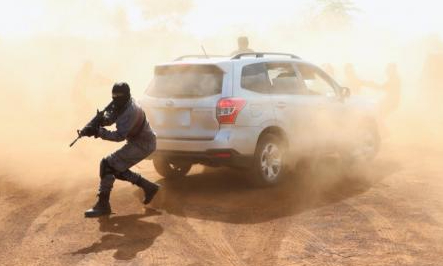 Sources privy to the communication between the fugitive and the detectives detailed that Kangogo wished not to be detained in any police station as she feared for her life.  Her fears were aligned with extrajudicial killings reportedly orchestrated in police cells, with multiple cases of mysterious suspect’s deaths being investigated in the recent past.  Speaking to media on Thursday, July 15, Khaminwa acknowledged that he had also heard of such reports alleging that Kangogo had listed conditions prior to turning herself into the authorities. However, he refuted that she had spoken to his law firm.

“I don’t know her personally. I have never met her. Maybe she is familiar with me and we may have interacted in the court’s precinct as I represented my clients.  “We (his law firm) offered to represent her in court and all she has to do is reach out to us,” Khaminwa stated.  He added that Kangogo can also reach out to him, share her location so that he can pick her and escort her to the police after they surrender weapons at his offices. The weapon would, later on, be delivered to the law enforcers for ballistics and forensic analysis. This would avert an altercation between the wanted officer and detectives baying for her blood. Kangogo was accused of murdering two individuals, John Ogweno – a police constable in Nakuru, and Peter Ndigwa – a security expert and former police in Juja, Kiambu County.

Earlier on, Kangogo was reported to be in contact with rogue police officers who vowed to protect her and bungle the case. She is reportedly the cleaner and top assassin of the cartel accused of protecting business owners, politicians, drug lords, highway robbers, and carjackers.  Khaminwa filed a suit barring the state from arresting Kangogo when she surrenders. “We want Kangogo to remain free even after she surrenders to the authorities,” Khaminwa told local publications on Wednesday, July 14. Among the teams tracking her are the DCI Crime Research & Intelligence Bureau (CRIB), the military, the National Intelligence Service (NIS), and regular police drawn from the National Police Service (NPS)