Professor Hammo’s battle with baby mama Jemutai landed him in Kenya’s most viral hashtags and yesterday’s word had it that it had allegedly cost him his job but now details have it that that was never the case. According to details by one of controversial blogger Edgar Obare’s correspondents’ Hammo’s hot 96 exits was not in any way associated with baby mama drama. 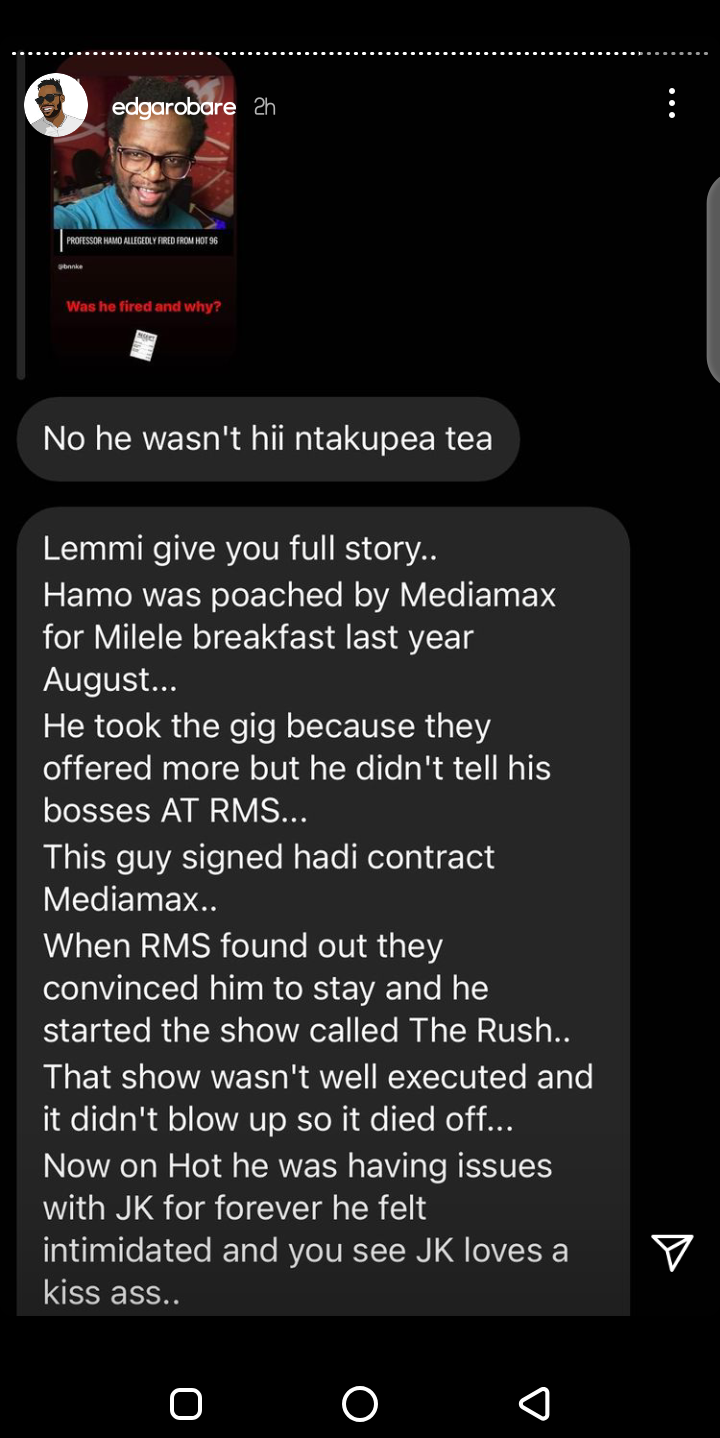 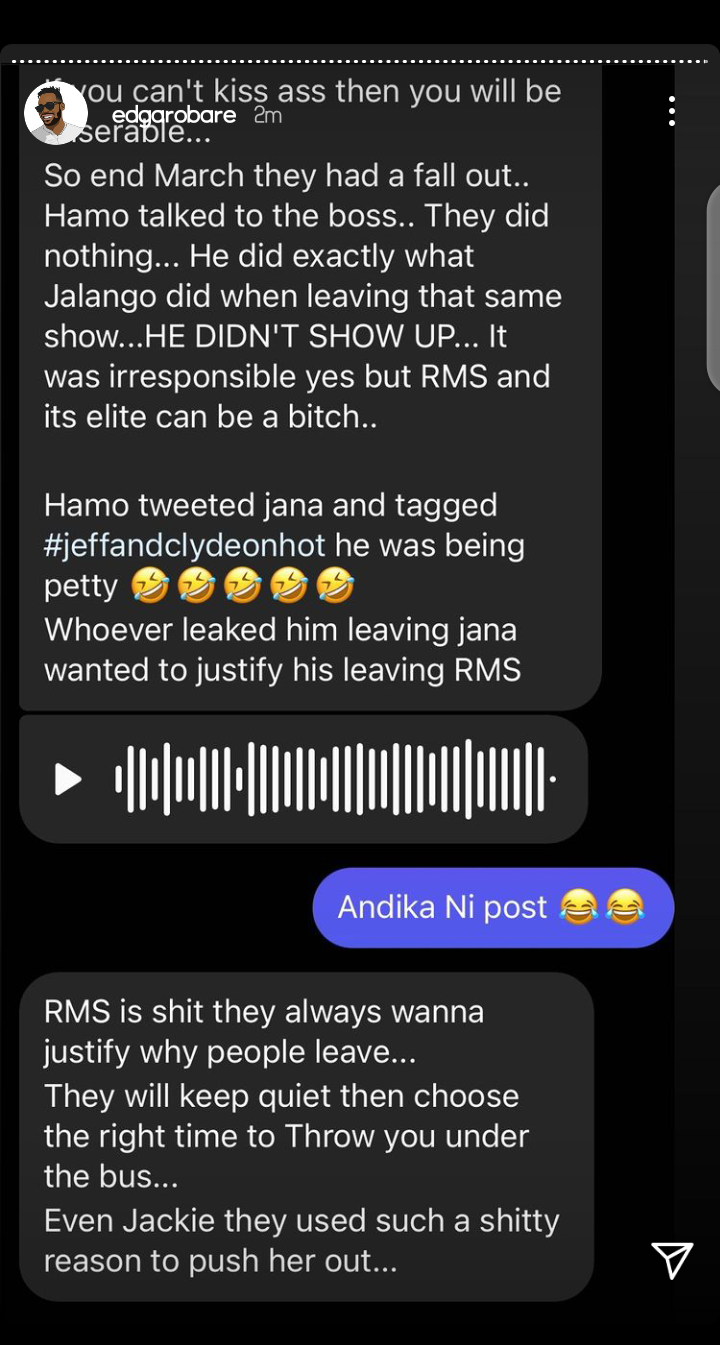