The Independent Electoral and Boundaries Commission (IEBC) on Tuesday, May 11, gazetted former Samburu  Senator Sammy Prisa Leshore to replace Nominated Senator Isaac Mwaura. This is after Mwaura lost his position on the same day when Senate Speaker Ken Lusaka gazetted his removal. “The deleted nominee stands disqualified as the member of the senate representing persons with disabilities,” reads an excerpt of the gazette.

Last evening, Mwaura acquired a court order stopping Speaker Ken Lusaka from declaring his seat vacant. The Milimani court ordered that pending the interpartes hearing and determination of the motion, the respondents should not further act on the judgement of the political parties Tribunal dated May 7, 2021. “I am also convinced that there is need to grant interim orders. Consequently, the motion dated May 11, 2021 is fixed for interpartes hearing on May 24, 2021,” Justice Joseph Sergon said. Mwaura had just voted on the Constitution of Kenya (Amendment) Bill, 2020, when he was deleted as nominated senator, prompting Kenyans to ask whether his vote was valid. 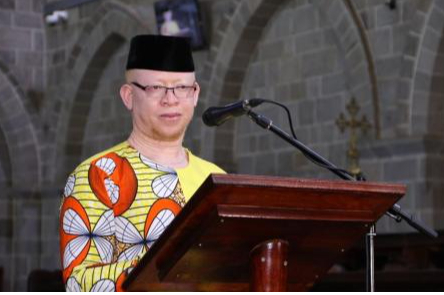 Senate Speaker Kenneth Lusaka, however, explained that  article 124 of the constitution stated that the proceedings of either House cannot be declared invalid as a result of vacancy in its membership or participation of any person not entitled to participate in the proceedings of the House. “It is important to note that the publication of this Gazette came to my notice for the first time during the lunch break this afternoon,” Lusaka added. On his part, Siaya Senator James Orengo condemned the house for being inconsistent. He faulted the senate for disobeying court orders on a number of occasions. “You are on record saying that court orders mean nothing, we are to blame for this,” he said.