Home Latest Maria, Tobi, And Kobi Get Emotional After Revisiting The Garbage Where They Used To Act From

Featuring in the Maria series was like a blessing and exposure to Yasmeen and twins(Kobi and Tobi). It actually made them know each other better and that is the reason why they are strongly bonded friends until now. It has made them think big and make money together, as you always see, Yasmin and Tobi have a YouTube channel. The three girls even got more exposed and came to know a lot of stuff courtesy of Maria show tours. 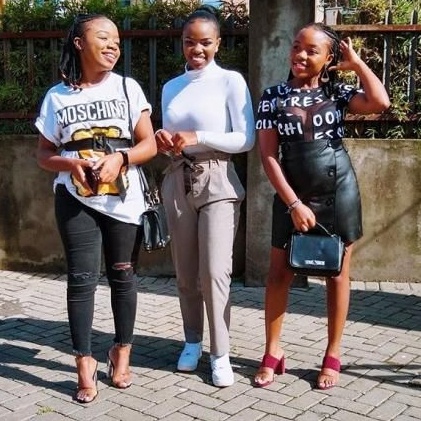 Recently, the three tagged each other in an Instagram post and it was so emotional. In the photo, there were garbage-like filled sacks. it was in the forest. The three started reacting to that post. You could sense some nostalgic feelings in their comments. The photo of that dumpsite/ garbage was properly arranged to make an introduction part of Maria’s drama show. That video was used entirely in the show until it came to an end.

Maria, Tobi, And Kobi Get Emotional After Revisiting The Garbage Where They Used To Act From

I Am Not Kenyan, Tobi Of Maria Makes Fascinating Revelations About Herself