One half of the celebrated Kenyan group Longombas, Lovy Longomba, has finally come back home – after 16 years. This is following the tragic demise of his brother and partner from their award-winning music duo of the smash hits including “Vuta Pumz”, “Dondosa’’, “Piga Makofi’’ and ‘’Shika More’’, among others. The singer-songwriter and three-time Grammy-nominated record producer has been living in Los Angeles, US, with his brother since they left Kenya nearly two decades ago. “This trip was supposed to be made by me and him at some point this year but God had other plans,” he said.

The question in many people’s minds now is whether Lovy will be making new music or sharing unreleased music. He says, “It will take me some time to work on music again because my partner is no longer here with me. I need to heal. Christian was still writing with me even when he could not record. We have so many songs, maybe at some point I will put them out.” He however states that he is still interested and looking forward to working with other Kenyan artists when the time is right. While in Kenya, Lovy will be meeting with family and friends to pay their respects to Christian. He will also be doing interviews to connect with Longombas’ loyal fans as he shares details of Christian’s final moments and wishes. Thankful for the outpouring love and support his family has received since Christian’s passing, Lovy says, “It’s truly overwhelming. I must confess that the love we have received is so far healing us,” adding, “Christian stood for his love for God, family and music. His unique voice like my late father Lovy Senior will be in the hearts of Kenyans forever.”

Longombas’ sound was perfected by a blend of contemporary Hip Hop with a tinge of Soukous heavily borrowing from their Congolese roots. Reminiscing on their heydays, Lovy says, “There are so many [great and joint] memories because me and Christian have been inseparable to this point, but one of my favorite memories will always be the excitement he had when we finished writing and recording our first song “Dondosa”. The celebrated dynamic duo enjoyed an illustrious music career in Kenya both under Ogopa DJs label and their imprint Bad Man Camp, alongside other pioneering voices of popular Kenyan music of the 2000s. They included Deux Vultures, Mr Googz and Vinnie Banton. 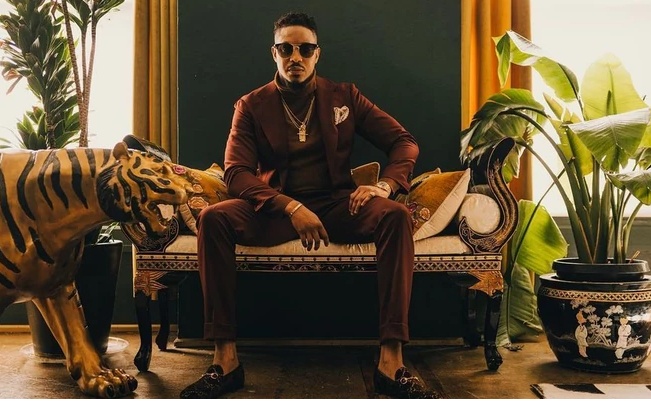 Looking back, Lovy is proud of the impact Longombas made during a defining moment in the Kenya music industry, “We pioneered and changed the sound of local music. We raised the standard so high when it came to performing and stage presence.” Their last studio project before relocating to America, the album CHUKUA received a very warm reception across the region bagging the Best East African Album award at the 2006 Tanzania Music Awards. Other awards from their discography include Best East African Group at the Kora Awards Africa (2005) and a memorable sweep at Kisima Music Awards (2006) that included Best Group (Kenya), Boomba Group, Best Song “Vuta Pumz” (Kenya) and Social Responsibility awards.